In this blog post I am going to tell you about Penny’s quirks after coming from a puppy farm and how it affects her daily life. I will also tell you what I think may have influenced this at the puppy farm.

1. Jumping at sudden sounds and movements.
If you knock something over or you squeeze a water bottle she will jump and there are lots more examples of this. This became apparent when we first met Penny with Jannetta Harvey (check out her blog ). One of us knocked the metal umbrella that was up (as it was a very hot day) and she crouched down, froze and almost jumped. I think this started because in the puppy farm, the puppy farmers may have been quite noisy and when the dogs heard these noises they became worried that the puppy farmer would take their puppies away or scold them. Or because the dogs were kept in the pens with no interaction then all of a sudden there would be lots of interaction. Maybe some big men with big heavy boots stomping around, doors slamming and throwing things around. Also, most of the farms were rural so all of a sudden there would be a big commotion. They also are not associated with household sounds at a young age anyway. But then again, most dogs would be scared of loud noises near them, like Frankie is scared of motorbikes, buses and lorries. 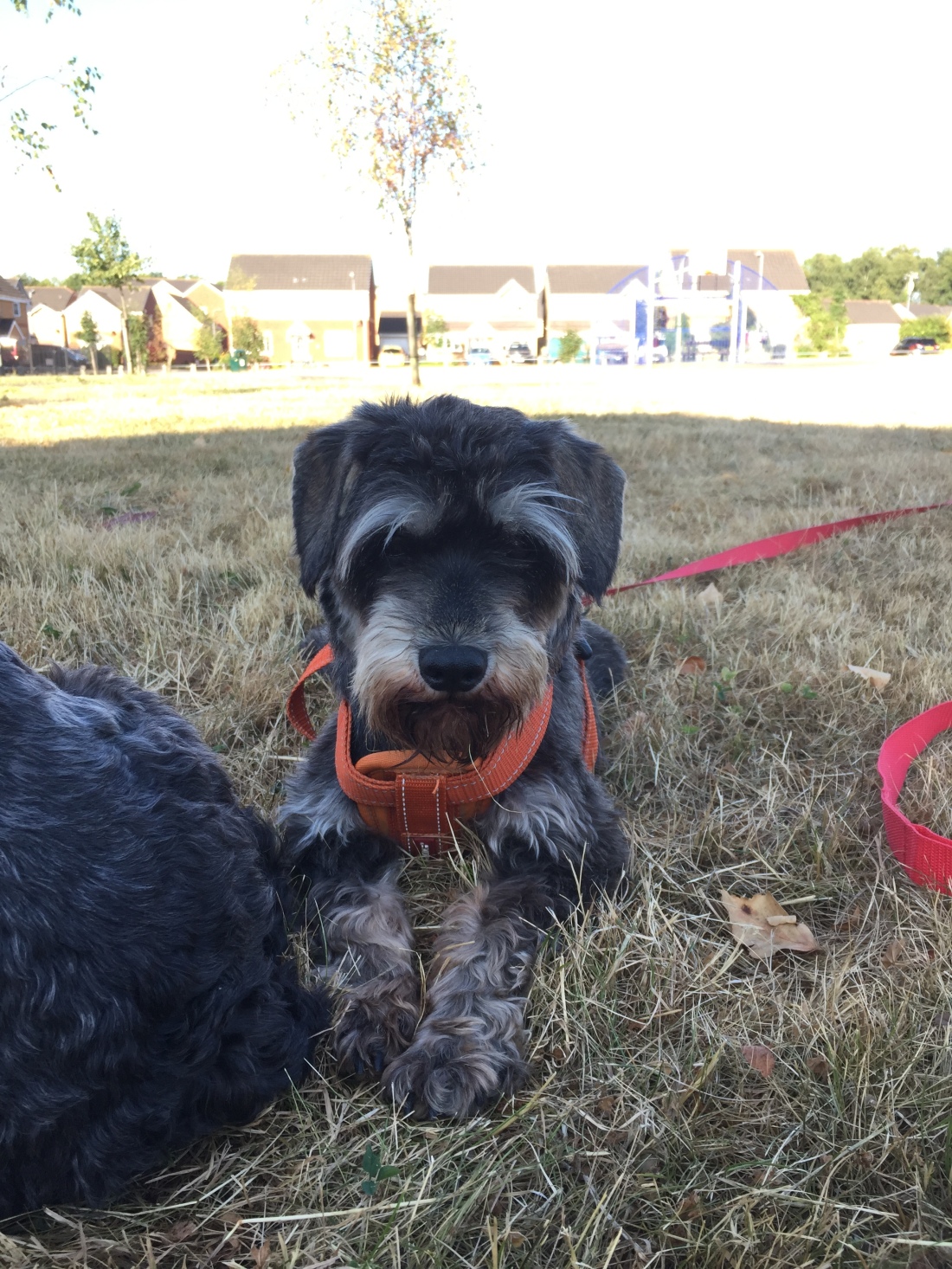 When Penny is on a lead she will first of all freeze and sniff the lead. But if we walk in front of her and the lead is up against her she will start to chew it. She has nearly broken several leads so a trip to the pet shop to get leads is soon to be necessary! I think this is because she was once tied up on a rope and she tried to chew her way out. Also maybe she was tied up and chewed because of boredom and that then became a habit. She probably wasn’t familiarised with a lead and collar at a young age so gets nervous of it.

3. Freezing at the start of walks.
At the start of walks penny will always freeze for 1-2 minutes. She is not sniffing, or urinating she just stands still and stares. We think she is just paralysed with fear and her mind just shuts down. This could be that she still is not used to going out for walks and wasn’t familiarised with a lead and collar at a young age. I think this was because she didn’t go on walks and was enclosed in an environment that didn’t change so had no exposure to the outside world. She didn’t learn skills on how to deal with changes of environment when she was a puppy so she just is unsure.

We think this one is like her quirk number one so just read that one again for more information.

5. Scared of passing people or people walking behind her.

When people let her pass them on walks she will just stand still as she prefers to be at the back with no one behind her. We think this is because in the puppy farms the dogs would get pulled by their tails. Also because she has that unsurity of what is actually behind her. She also probably got scolded from the back in the puppy farm.

I know what you’re thinking, that all dogs want food and water constantly but Penny is OBSESSED! On the first few days penny would be back and forth to the water bowl only drinking a small amount because she knew it was always there. In the puppy farm we don’t think she was given much water as the puppy farm. The same goes for food but it wasn’t always full! But wen it was full she would gobble down the food very quickly. In less than 30 seconds she would have eaten a whole bowl that would have taken Frankie 5 minutes to finish.